Stepping off the plane with Zeppelin by Korean artists Anda and Primary blasting from my earbuds, I found myself in Seoul for the third time in my life. There would no angsty Rome reunion with Hyerin this time around and that was a good thing. 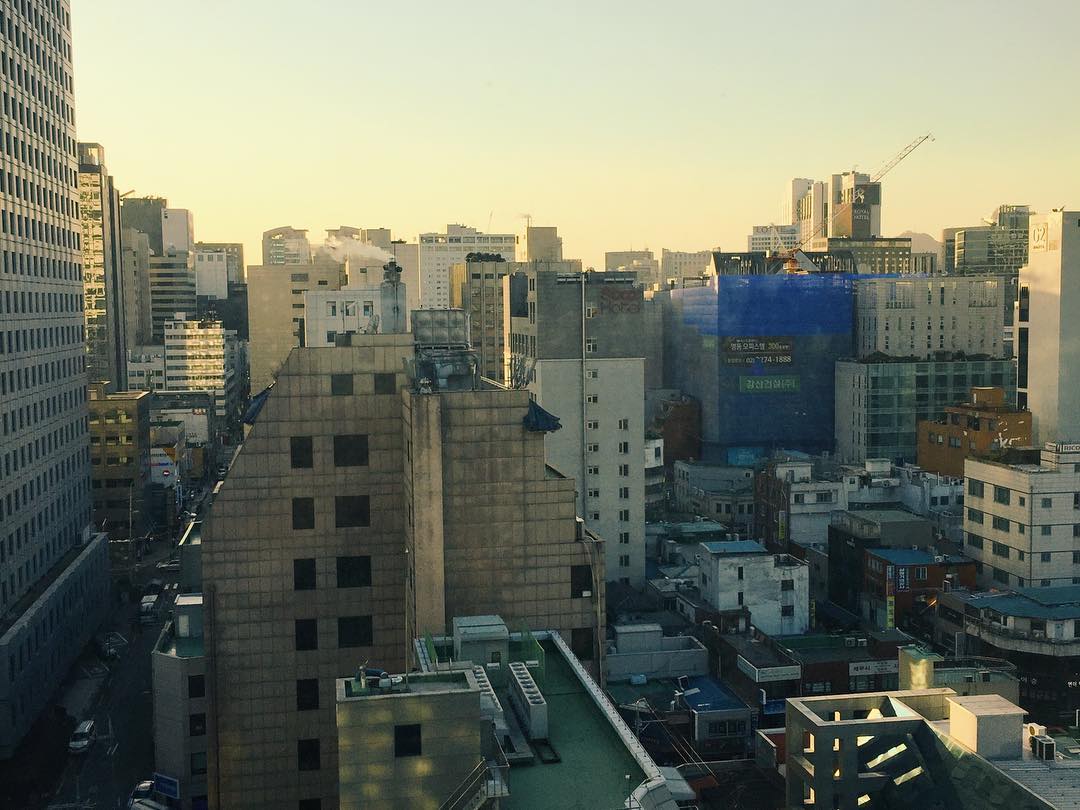 My AirBnB view. I was digging the digs.

The first night was me meeting up with my Beijing friend, Marike, who also happened to be in town that night. We met up in a raccoon cafe that included two pigs, a corgi, and several racoons. It was a first time to actually play and feed several cute trash pandas. We later hit the town for drinks and dinner.

Look upon his glory. 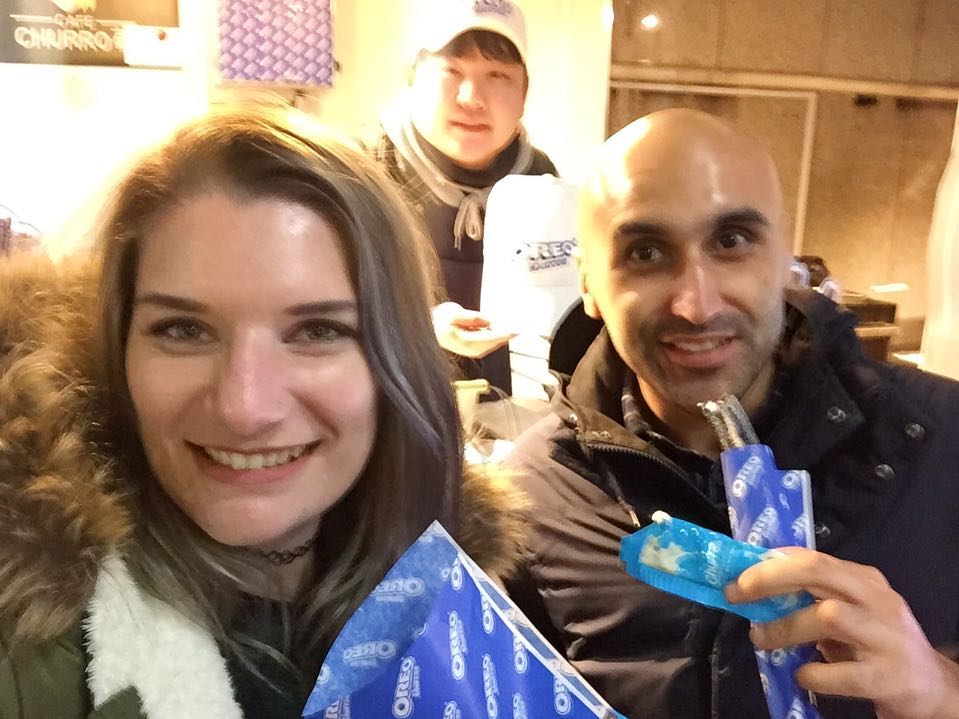 One of the many junk food stands in Myeongdong. Oreo churros!

Myeongdong on a Friday night is totally fire.

This dude was fire too. Ditto with his delicious grilled squids.

The highlight of the night was within Myeongdong Station. Several years earlier during my last visit to Seoul, I had wandered into that station and found a small station ma and pa diner. It was there that I had the amazing Korean dish known as ddukbokki. I’ve eaten it many, many times since (living in K-town LA for several years helped), but never thought in a million years I would remember where that little station spot was. But hot damn, as soon as we found ourselves in Myeongdong Station, it all hit me where I was. And I knew where to go. The restaurant was still there and I had my second helping of my first ddukbokki.

The diner that took my ddukbokki virginity. 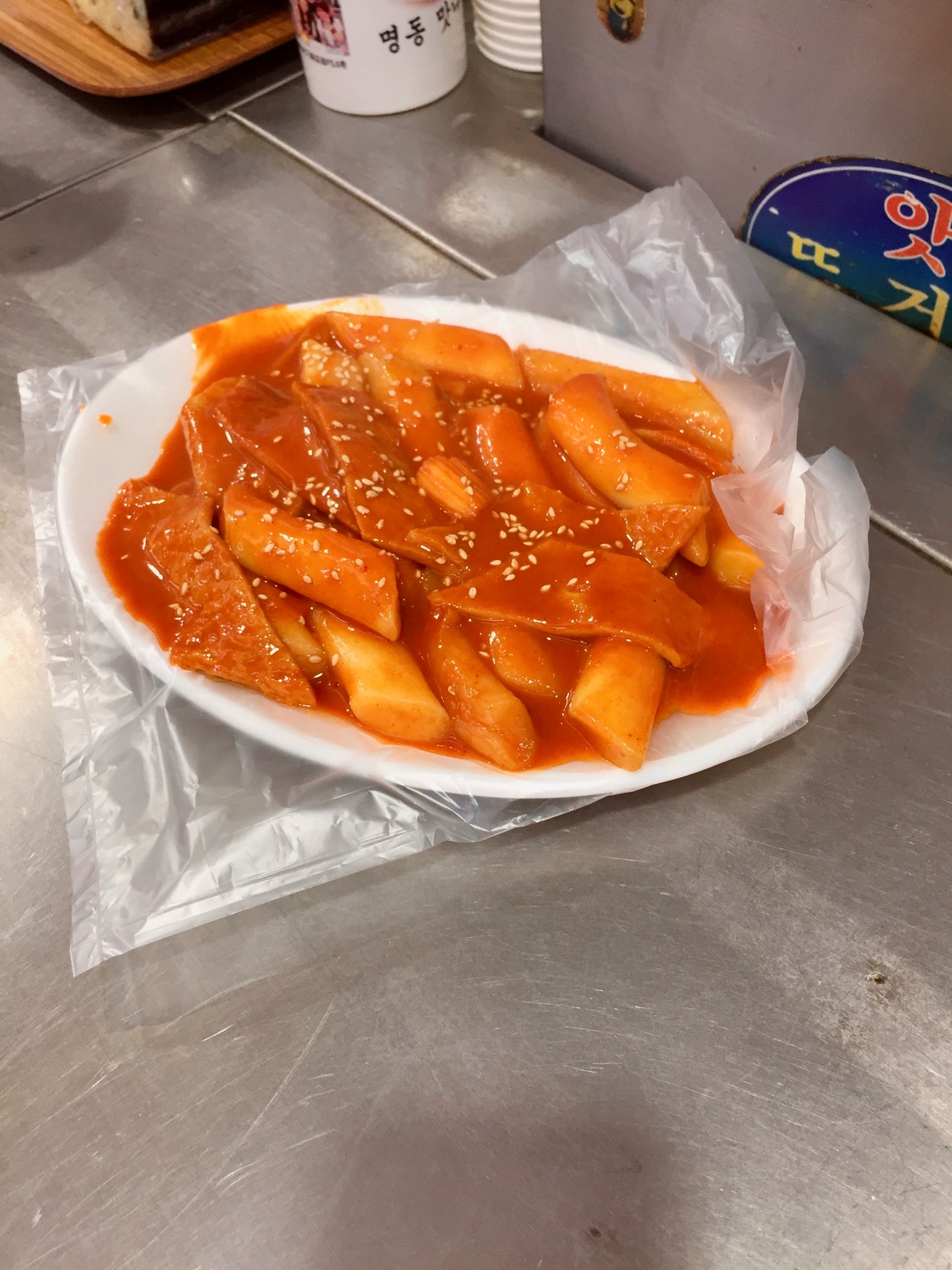 On the second day I met up with Sumin, one of my best friends from my Hong Kong days. A Seoul native, her current job brought her back home almost monthly from good ‘ole HK and we were able to coordinate our visits. She showed me around an old market, we grabbed a traditional Korean lunch, and hit a cafe while shopping around for a birthday gift for the lady friend (the cafe’s beautiful rooftop view is the cover photo of this post). We eventually found a cozy candle shop and I bought my girl a nice scene diffuser.

I’m continually thankful for all the delicious Korean food I’ve eaten in my life.

The man left his lunch a happy soul. 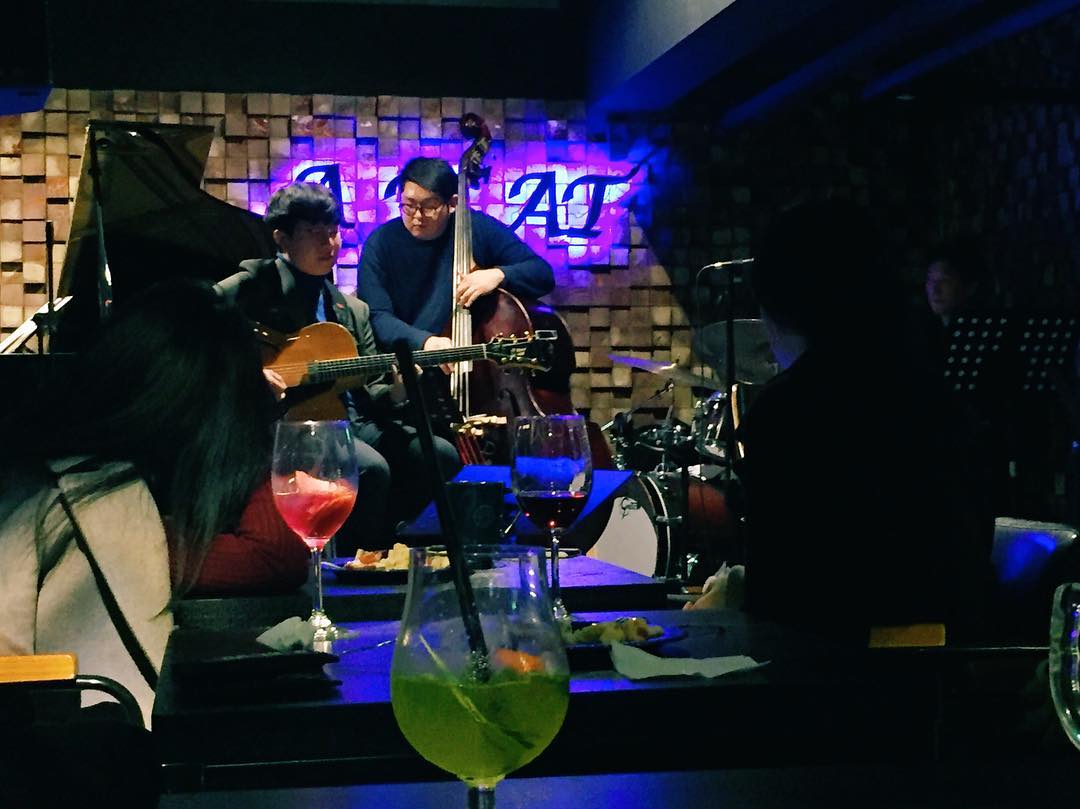 That was the end of my Seoul trip and it was pretty short. But you know what? It was easily the best one I’ve had so far. It was nice to have a trip where the goal wasn’t to see places. It literally was just to hang with friends and have a good time, which is really what I want to do 99% of the time. Also Hyerin baggage tainted my last trip and it was nice to have left that behind this time around.